My research interests lie in amphibian toxicology through 1) altered endocrine function affecting tail resorption and metamorphic staging in Rana catesbeiana (bullfrog) tadpoles, and 2) possible reproductive implications of xenobiotics and heavy metals on Xenopuslaevis (African Clawed Frog) sperm motility. A brief description of each is below:

Individual survivorship of amphibians is highly influenced by the timing and size at metamorphosis. The thyroid hormone, triiodothyronine (T3), is pivotal in the control of metamorphic staging and growth.

It has been documented that in the presence of certain xenobiotics, metamorphosis can be disrupted through altered endocrine function. Nonylphenol (NP), an Endocrine Disrupting Chemical (EDC), is one of the most critical metabolites of alkylphenol ethoxylates (AEs) due to its toxicity, persistence, estrogenic effects and hydrophobicity. NP is a non-ionic surfactant used in agricultural and industrial practices, and has been recently found in waterbodies of the Lower Fraser Valley in concentration up to 68 µg/L (in industrial effluent). This study’s main objective was to observe the relationship between NP and T3; whether NP inhibited, mimicked, or had no effect on T3 function in metamorphic staging and tail resorption.

There was no tail resorption in the premetamorphs, which is expected at this stage, because prolactin levels are high inhibiting the small to non-existent endogenous T3 levels that exist in the blood stream at this stage. When NP was added to the treatments tail size started to increase in a dose-response manner, although this was not statistically significant. This response may be explained by a few hypotheses: 1) NP is inhibiting directly the function of T3 in the tadpole (e.g. receptor blocking), or 2) NP is inhibiting T3 production via the hypothalamic-pituitary-thyroid axis. When T3 was added to the treatments alone, there was significant tail resorption (see photo to right). The T3 levels added exogenously overwhelmed the tadpole blood system and the prolactin:T3 ratio decreased substantially. This effect was also observed with T3 and NP combination treatments.

There was, however, no dose response with increasing NP concentrations, most likely due to the exogenous T3 concentration being too high masking any effect of NP. There may also be no effect of NP in the combination treatments, because NP may only affect endogenous T3 and not exogenous T3. If NP is down regulating/inhibiting endogenous T3, the T3 added may just replace that which is lost in the system at a maximum capacity of the number of receptors in the tail tissue
The Amphibian Sperm Inhibition Toxicological Test Method. 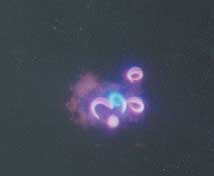 Legislation and public opinion in North America and Europe have spurred development of novel toxicity tests that would reduce stress, pain and death in laboratory animals. Simultaneously these novel methods should be less costly and time consuming, evaluate endpoints not previously considered, and improve predictive power of potential toxic effects. The primary objective of this research is to develop a toxicological bioassay that incorporates the above attributes. The Amphibian Sperm Inhibition Toxicological Test (ASITT) method is non-lethal, cost-effective and has the potential to contribute valuable information to a growing database of toxicological endpoints used to evaluate health risks. The ASITT method tests for toxic effects affecting the reproduction of anurans (frogs and toads), as anurans generally exhibit external fertilization and sperm can be directly exposed to contaminated freshwater environments. Contaminants have the ability to damage the sperm membrane, block signaling at membrane receptor sites and/or interfere with Ca2+ and K+ ion exchange, thereby inhibiting sperm motility and acrosome reactions, both of which are necessary for successful fertilization events. Sperm is collected directly from the testes of Xenopus laevis and subsequently exposed to a concentration series of specific environmental contaminants, in this case Copper and Zinc. Motility is analyzed using a video monitoring system to create sperm “maps” 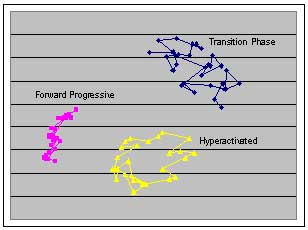