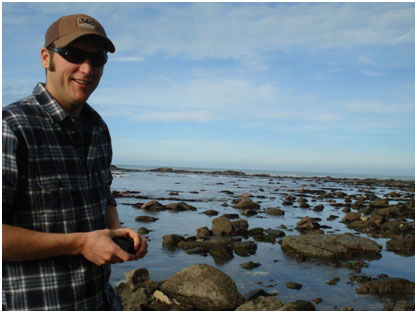 My postdoctoral research at UBC is investigating the influence of biogeographic processes on the assembly and resilience of pond communities. I am using a global scale meta-analysis to investigate the effect of environmental variability on the structure of pond communities at local and regional scales and the prevalence of habitat generalists in regional species pools. I am also conducting experiments to test whether communities dominated by habitat generalists are more resilient to novel stress than those dominated by habitat specialists. By combining the results of these research objectives, I hope to develop a framework for using biogeographic-scale processes to predict the resilience of freshwater communities to novel stress associated with climate change. My work is funded by a Postdoctoral Research Fellowship from the New Zealand Foundation for Research, Science and Technology.

Other projects I have been involved in My PhD research investigated the role of predation and drying in structuring communities across gradients of pond permanence in New Zealand and Colorado. My research involved collaboration with Angus McIntosh at the University of Canterbury, New Zealand, and Scott Wissinger at the Rocky Mountain Biological Laboratory, Colorado. My BSc Honours research with Angus McIntosh at the University of Canterbury, investigated the indirect effects of predatory trout on detritus breakdown in headwater streams though predation on a large detritivorous caddisfly. I also worked with Angus McIntosh and Scott Wissinger on the effects of trout on benthic communities in inland Canterbury lakes (summary), and with Jon Harding on the effects of acid mine drainage on stream communities in Westland, New Zealand. 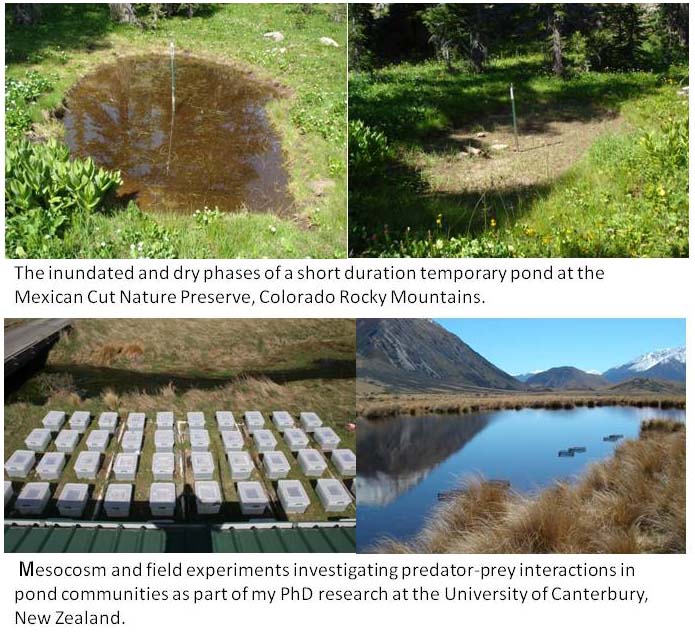